I heard what sounded like someone banging on the walls in a bedroom.
Me yelling: "Is someone bouncing off the walls in there?" I meant it quite literally.

"We weren't bouncing momma, we were just throwing underwear at each other"

The main underwear offender was carrying said underwear...dirty, underwear that is.

I think the phrase, "Boys will be boys," most certainly applies here! :)

Yeaaaah. That is so NOT the kind of thing that anyone would be expected to come up with "the perfect reply" for... ;-)

Jean
OK, United States
Im 33 and currently majoring in Visual Communications this is a sampling of my work. If you have any questions email me at Jean.Massey@tomarian.com 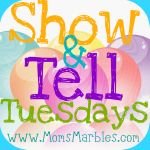 This is a Flickr badge showing items in a set called Latest And Greatest. Make your own badge here.